Google has been working hard to better understand and interpret what their users are typing into the search box.

Not all of those efforts have been publicized by Google but we know at least three official updates that changed how Google processes search queries and how they match those to web documents.

When Google debuted Hummingbird, there was this major confusion in the SEO community. Years later Google launched a so-called “BERT” update and later followers a quieter launch of Smith update.

What are all those updates about and are the factors that are contributing to them?

Essentially, all of these updates have one thing in common: They all help Google move and the way they’re trying to rank things.

What Are Hummingbird, BERT and Smith Updates?

All of these three updates help Google better understand search intent and what its users mean when typing certain queries in search results:

As you can see, all those three updates helped Google stop interpreting search queries as keyword strings and matching them to certain documents that included those keyword strings verbatim.

How Hummingbird, BERT and Smith Are Changing SEO?

A lot of what Hummingbird and BERT value is doing real marketing and PR. Links are still important, and having specific keywords on the page is still important, but they’re not the only things anymore.

For a long time the major optimization strategy had been putting certain keywords in a document a certain number of times. This tactic is no longer valid.

Now the pie is much bigger and there are many other things to concentrate on, like building relationships with customers and doing customer research to find out what people actually want to read about and want to know.

Number one, just be awesome at what you do. I think Google is getting better and better at being able to differentiate what people are really asking for. For instance, people looking for “hiking trails near me” may find all kinds of pages that describe “paths”, “parks”, maps and outdoors activities:

So the bottom line is to be very clear about who you are and what you do. It’s not guaranteed that you won’t run into those problems, but Google is getting better at figuring out the intent of a query and really finding what the best result should be.

As a result, it’s getting harder for affiliates and resellers to suck traffic away from brands in branded search queries, without the brand having to do much SEO improvement on their part.

What Are Entities and Why Does It Matter?

Entities are brands, celebrities, cities, etc. that are known to belong to a certain area or niche.

Google uses entities to create its own understanding of the world, i.e. Google’s Knowledge Graph. Getting into a Knowledge Graph is essential for a brand’s organic visibility:

Google’s Autocomplete labels known entities (and often their category). The tool can show if Google has included a company or its products into its Knowledge Graph:

Can Modern-Day SEO Be Easily Gamed?

No. At least it is much harder than a decade ago.

When online marketers find what they perceive to be a “quick fix” or an easy way to game the system – like editing Freebase – history tells us they’ll exploit it.

However it’s getting harder to exploit those systems. Even if anyone can go in and edit Freebase or Wikipedia, at the same time, it’s not the only source that Google looks to for information. Many of those other sources are perhaps harder to manipulate where they require peer editing, which cuts down on the ease with which people can game those things.

Google takes into account thousands of websites and how other people talk about your domain and what your brand is. If you’re a reseller, people aren’t going to talk about you the same way they would about real brands. And that’s what’s getting harder to control.

Why would you create content and put it out there and have someone else come in and optimize it later? If you’re involved in the content creation and putting it in a CMS or working with a developer to get it published, well why not integrate that stuff as you’re doing that along the way?

I think that’s especially important for small companies, non-profits, and even government and higher education – those people who don’t have huge SEO resources. If content professionals can learn a small amount of basic SEO, they’ll get 90 percent of the way there. All of the other super heavy keyword analysis, back-linking profiles and pattern analysis, that’s what you do when you’ve already gotten 90 percent there.

Content strategists must not be afraid of SEO. All it takes these days is creating really useful and relevant content that would include relevant concepts and entities. From there, just make sure Google can access and index it.

Overall, it is easier to teach content creators SEO than it is to teach SEOs to create good content.

Learning to make content and how to engage people emotionally is a learned skill that you need to develop over time. It’s not a series of tactics or principles; it’s what we do by creating content over and over again.

If you are lost, our SEO Services can show you the direction! 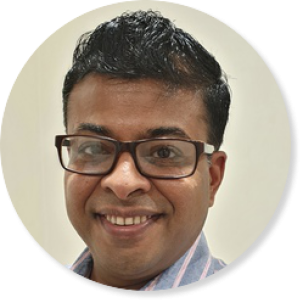 Pulkit Agrawal
Pulkit is the Founder and Managing Director of UR Digital. He has over 15 years of experience in SEO and is a SEO Advisor for the Digital Solutions Program (funded by the Australian Federal Government), author at Entrepreneur.com & InsideSmallBusiness.com.au. His articles are also featured on SEMrush.
VIEW ALL

Let us help you generate results that outdo your competition. Leave your details and we will get back to you shortly.

We are your partners in growth.

All trademarks, logos brand names are the property of their respective owners.

All trademarks, logos brand names are the property of their respective owners.